The Origin of Whitey’s Fund

Over 25 years ago, a client found a little black kitten dodging traffic on 5th Ave near the DCSC complex at that time. He rescued it from an early demise.  His dachshunds would have no part of sharing their home with a cat. The kitten came here for safety. During a visit by Dr Melin’s mother, who had a unique sense of humor, the little black kitten was named Whitey.  It came to pass that that she became the first hospital cat. Despite our part in her fortunate circumstances, Whitey, in typical feline fashion, acknowledged her living situation by letting us keep her food bowl filled and allowed us to continue to share her home. She had the classic aloof cat look, one of  feline regal hierarchy. In short order, Whitey made the front counter a napping zone, but kindly permited us to share it. Periodically as a task for her people, she would spill the multi-colored medical record tabs from their many chambered container, providing those at the front desk the annoying task of picking up and sorting. Oh, and for an added layer of fun, she from time to time made sure they fell to the floor.

In spite of Whitey’s idiosyncrasies, all here at the hospital enjoyed (well, lovingly accepted) her 17 year reign and presence as office overseer. She had been a kitten doomed to a short life, who found a path to comfort. When it became obvious that our rescue work was becoming ongoing and increasing year to year, many of our clients observed what we were trying to do. They realized that there was not only time, but costs involved, and kindly began giving donations to help our work. As this was apart from our function as a veterinary hospital, we kept those generous donations separate from the hospital’s business. It became apparent that we needed some way to classify these contributions. The logical answer had been sitting on our front counter, Whitey. So with her “rags to riches” backstory, it seemed appropriate to borrow her name, in categorizing the funds. They help provide similar opportunities for those other strays and abandoned individuals down on their luck, who found their way to our door. And so it became Whitey’s Fund. 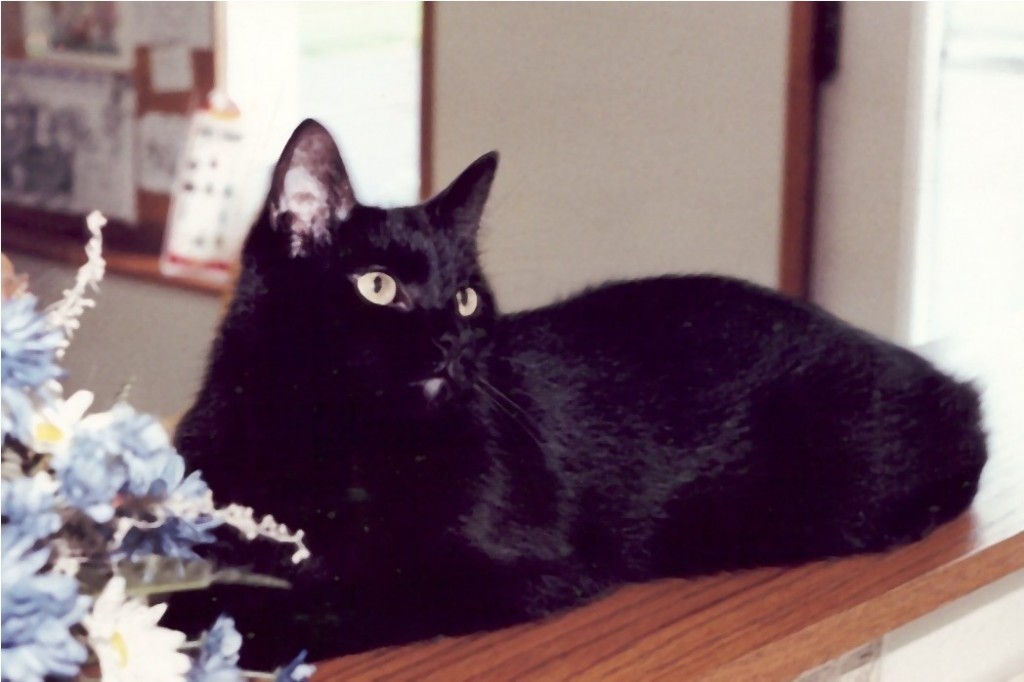